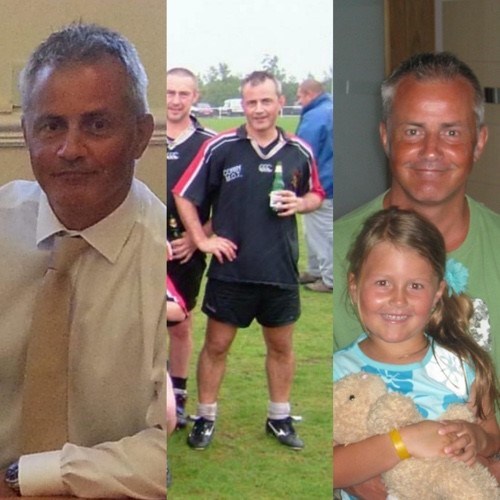 It is with the deepest regret and heart felt sadness that I must inform you of the passing of Andy Wood (known to his rugby mates as Woody). A dedicated and long term member of the club, Andy sadly passed following a short illness.

Andy and I played together many times and enjoyed many a pint during the post-match festivities. Rugby is often described as a sport for hooligans played by gentleman. There are many a cliché used to describe a gentleman but the best befitting the gentleman that Woody was, goes something like this:

The true gentleman is a man whose conduct proceeds from goodwill possessing an acute sense of what is right from wrong, A man who does not make the poor man conscious of his poverty, the obscure man of his obscurity, or any man of his inferiority or deformity; he himself who is humble. A man who does not flatter wealth, thirst for power, or boast of his own possessions or achievements. A man who speaks with frankness but with sincerity and sympathy; whose deed follows his word. A man who thinks of the rights and feelings of others rather than his own; and who appears well in any company, a man for whom honour and love are sacred.”

Woody was a true gentleman who is already sadly missed and our heart filled condolences go to his family and friends.

It will be my absolute privilege, as roll call is taken at our next Presidents Dinner, to raise a glass “to Woody”.

Andy’s family have set up a Just Giving page in Woody’s name to raise money for Cransley Hospice. If you are able to donate any money to this worthy cause, you can find the donation page here.