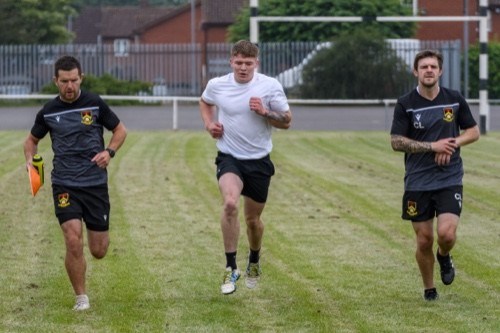 This past Saturday, the senior squad spent the day together and took part in the first ever Inaugural Annual S&L Steel Challenge. This annual challenge was devised by Club Captain Connor Fleming as a way to rember the Clubs roots. Stewarts and Lloyds RFC was founded in 1936 for the workers of the Steel Works, then named Stewarts and Lloyds Ltd.

Corby has always been known as an iron-working region, even before the arrival of the Romans and their ironworks. With the arrival of rail in the 19th century, iron production really took off and thus the construction of one of Britan's largest steelworks commenced in Corby. People flocked to Corby from all over Britain to find themselves a job in ther Steel Works and start a new life in Corby.

Stewarts & Lloyds Rugby Club has its roots as a social club for the steel workers where rugby was played, even during war time, as the workers engaged in vital war work. With the creation of the Inaugural Annual S&L Steel Challenge we want to remember the roots of the club and its heritage. Where we look back to times which were arguably much harder than today and embody the spirit and courage of those workers to inspire our players and members.

The challenge is used to portray what a steel worker would have gone through on a daily basis. With the 10kg weight representing an empty ladle which was used to carry molten metal and could weigh up to 30kg when full. 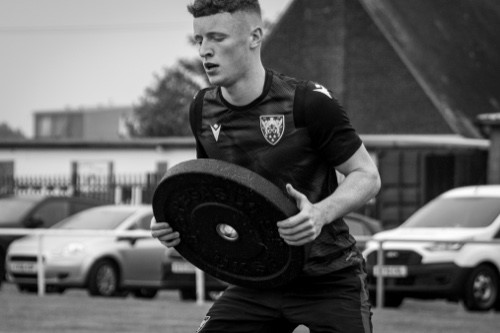 Each player is timed and the top back and forward players with the best times are awarded a steel anvil trophy which will have their names and winning times etched onto it. For the very first Inaugural Annual S&L Steel Challenge, the 2 winners were: Harry Campbell for the backs with a time of 8 minutes and 26 seconds, and Louis Trimble for the forwards with a time of 9 minutes and 34 seconds. 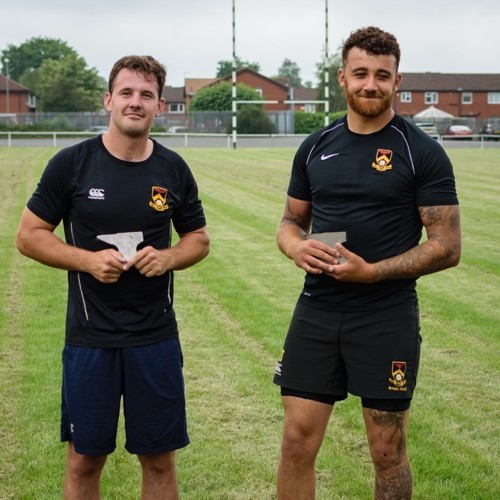 Club Captain Connor Fleming said: "The lads really embraced the challange and the meaning behind it. I want to make sure the heritage of the club is not forgotten but also that it can be used to inspire the players to want to leave their own legacy with the way they play, train and being upstanding members of the club." 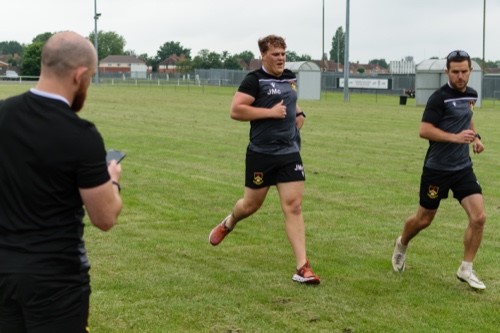 With pre-season training starting this thursday 8th July, the lads are ready to hit the ground running. We will have announcements in the near future on the fixtures for the 2021/22 season and we couldnt be more excited to see Rugby back at S&L RFC. 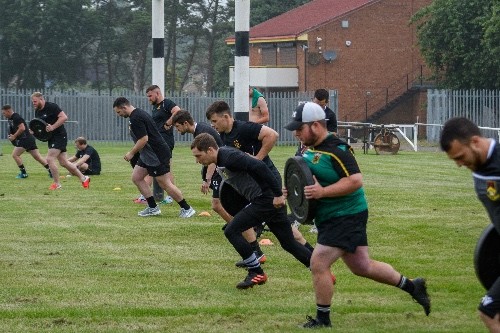 We have a new hashtag and motto to go alongside #oneclubourclub which we feel embodys the revived connection with the steel works, shaping the mindset for the players and all members as Stewarts & Lloyds RFC embarks on the journey of returning to rugby: #forgedinsteel

Make sure you look out for that across our social platforms and use it wherever you share about the club so that others can find it.