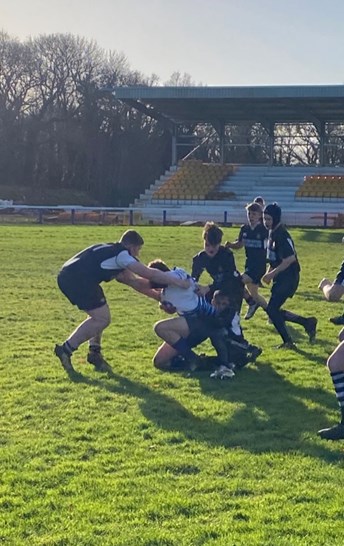 Sunday saw the U14s travel over to Peterborough for a game against Peterborough Lions, a side they have only really played at festivals so didn't know what to expect. It was also the teams first taste of full 15-a-side rugby, which was made challenging by only having 15 players available.
A slightly slow start, with a few errors saw S&L slip 4 tries down early but a strong end to the half saw Sol McGrady score in the corner and cut the deficit.
The second half followed a similar pattern to the back part of the first half with both teams playing hard. The lack of bodies and some key turnovers at crucial times cost S&L with Lions running in four more tries, with one conversion.
A very good effort from the lads in tricky conditions against a strong defensive outfit. Plenty of positives to take away from the game but also some key work-on's for training this week.  Player of the match was Evan Muir for his tireless work in defense and superb tackling.
The U14s are keen to attract new players (Year 9) to their squad with training at S&L on Wednesdays from 6-7.30pm. Come along to try out our amazing sport!