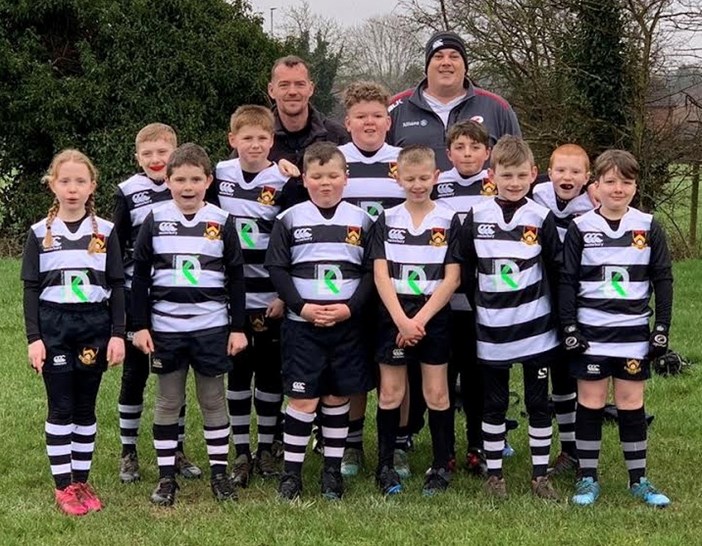 U7s
On Sunday we took a strong squad of players over to South Leicester. The team played really well in all games with some players playing their first ever game. Player of the week was Kealeen.

U9s
The U9s played very well winning all 3 of their games. Excellent tackling to christen their new shirts. They took what they had learnt at training in to the game and showed some excellent play with the ball. Man of the match was Caleb Norman but it was a hard decision as they all played well.

U10s
On Sunday morning our under 10s travelled to South Leicester with the team wearing our new kit sponsored by Nick at Distinction Kitchens. We looked to get off to a good start but unfortunately we suffered a loss. Straight from the start of our second game we scored, the team then starting to play some great rugby. We started to increase our lead to get the win. Our player of the week was given to 2 players Harri P and Lenox.

U11s
The U11s travelled to South Leicester to open our fixtures for the new decade. Captain Ben Porter led his team against a well organised opposition. Although the results didn’t go in favour of S&L, the boys battled hard at the breakdown and played some great rugby. Some real positives in our attack with both Noah Rodgers and Ashton Turney scoring three tries each, but unfortunately our tackling let us down as South Leicester ran in a few soft tries to win both games. Try scorers Ashton Turney (3), Noah Rodgers (3) and Tobi Salau (1).

U12s
The U12s travelled to South Leicester to play against a typically strong side and despite a massive improvement over the previous week's game, the team couldn't quite overcome South Leicester and lost the matches by a couple of scores. A huge thank you to all the boys and their parents for their effort and support yesterday. You set a fantastic example and are great ambassadors for the club.