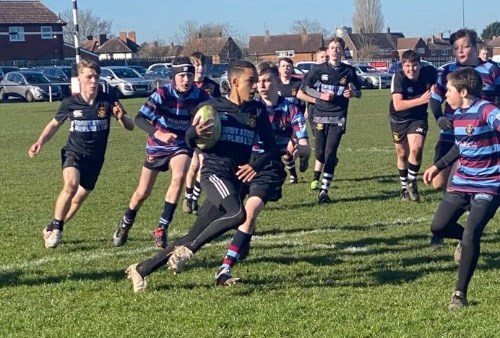 S&L U14s welcomed BBOBs to Occupation Road on Sunday and with Dudley, Eunice and Franklin finally away, the sun was out and the prospect of some enjoyable rugby was looking good.
S&L started downhill and came out fast, putting pressure on the visitors, running in four first half tries for a 20-0 lead. Sol McGrady with a hat-trick and Louis Stobo with the other. Unfortunately the lads liked to score in the corners making it difficult for their kicker! 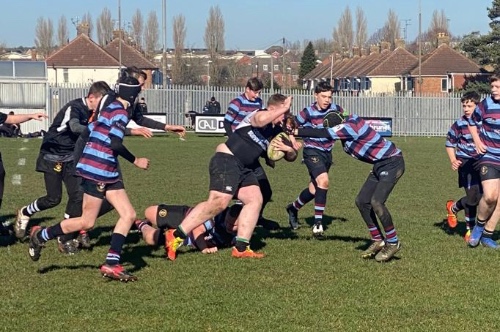 The hill was a factor in the second half as well with BBOBs making the most of it and coming back well with a couple of scores. S&L kept it tight, sometimes a little too much, but a nice free flowing move saw Dylan Chigome score, which Grayson Boath converted. BBOBs finished strongly scoring once more and were looking good for a fourth score but some solid defense close to the tryline kept them out.

The game finished a minute early due to an unfortunate injury to one of the BBOBs players. We have followed up with BBOB and thankfully, whilst still requiring a few weeks off, he is doing fine.
27-17 was the final score. A good game, played in a good spirit between two evenly matched teams. 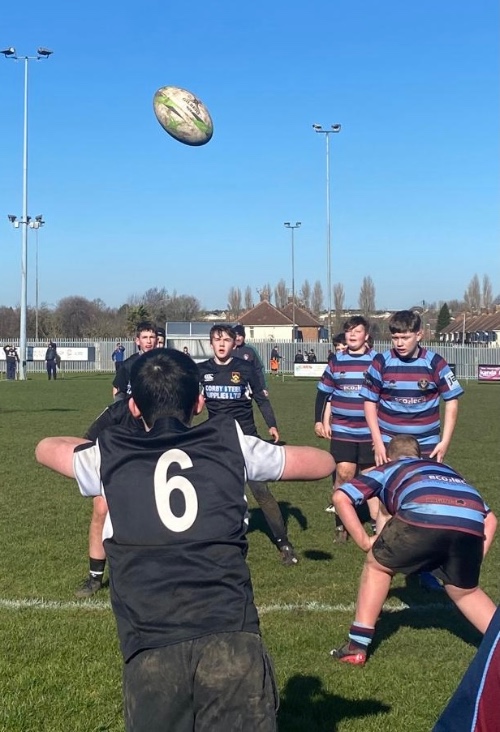