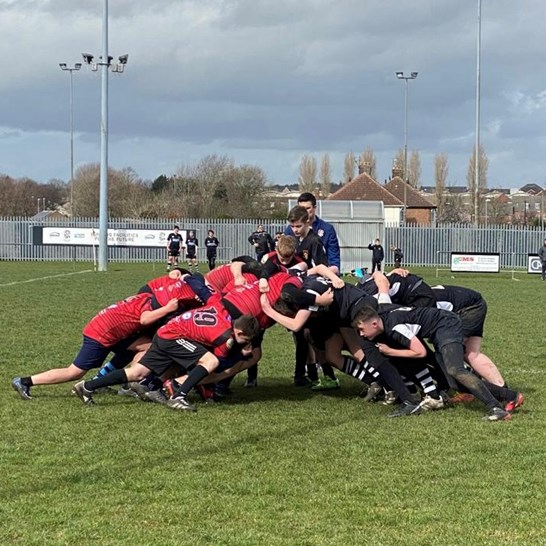 S&L had the hill in the first half and made the most of it with 4 tries, 2 from Sol and 1 a piece for Louis and JJ. Grayson kicked well considering the wind with 3 conversions. Leicester Forest fought back with two of their own through their lively scrum-half. Half-time score was 26-10.
The second half followed a similar pattern but as the players tired, Leicester Forest found plenty of space out wide however they were constantly met by the brick wall defender JJ who made every tackle that came his way, saving the team on a number of occasions. As the game opened up, S&L used the ball well with Sol, JJ and Dylan all chipping in the tries. Grayson converting 2. Forest did manage another well-earned score and fought hard right until the end.
Final score 45-17 to S&L.
The score-line flattered S&L a little as without the last ditch heroics of JJ it would have been much closer! Rhys was a menace at the ruck throughout and deservedly took the player of the match award. A big step forward for the boys this week and a thoroughly deserved victory as they look forward to their Vase Quarter-Final game, at home, against Long Buckby next week. 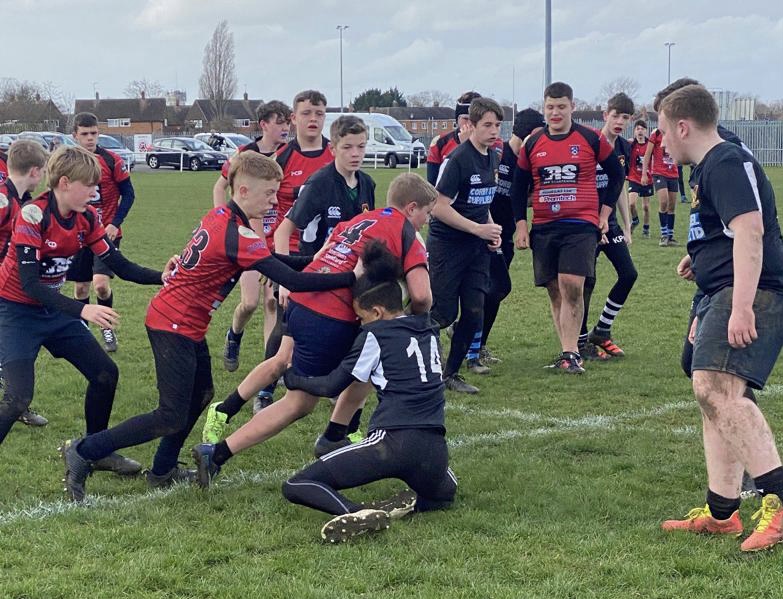