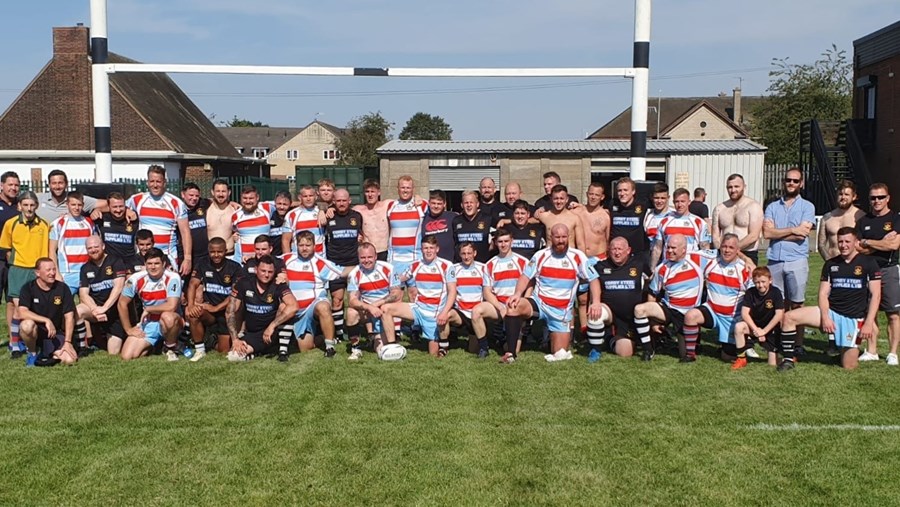 Last Saturday (24th August) we held a Memorial Day for our friend and team mate Sean Wall, who sadly passed away earlier this year. The whole day was a great success and a fitting tribute to Sean.

At midday the Mini & Juniors were given some training by coaches from Northampton Saints in which over 40 children took part and were taught some valuable skills. The U11's coach Nathan Hand said, "It was a great day packed full of rugby and sunshine. Thankyou to everyone who took part". 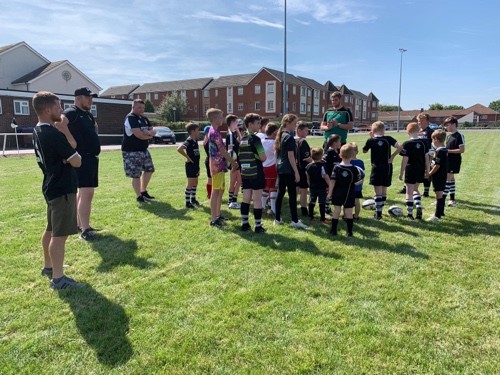 All the children enjoyed themselves and are looking well prepared for their season ahead, which starts this Sunday, 1st September.

At 2pm we kicked off the Memorial Match where our very own S&L mixed side played a mixed services team. There were players from the RAF, Fire, Navy, Police and Prison Service. Throughout the match the sun continued to beat down and didn't subside for the whole 80 mins. Making it a great day to be a spectator! But despite the heat, every player put everything on the line and gave a fantastic performance for all those who came to support. Showing the same intensity and enjoyment for the game that Sean always did. 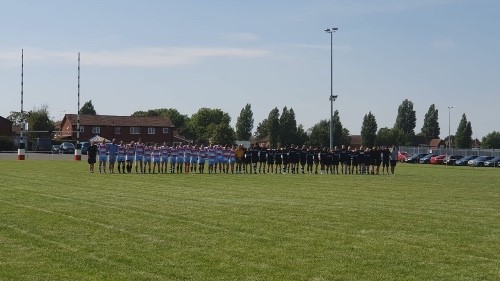 The S&L mixed team were leading at half time by 3 tries but the services team managed to claw back the victory with the final try being scored by Sean's brother, Brandon. A fitting end to an incredible day.

We are going to make this an annual event and we look forward to welcoming back players from the services. Also a massive thank you to all the volunteers involved in organising and on the day. It couldn't have been done without you. For more photos check out the gallery.