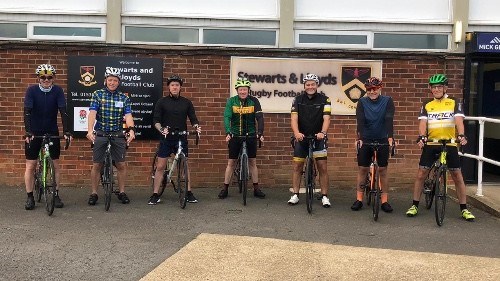 They had an early start, meeting at Occupation Road at 6:30am with an aim to leave at 7. They had a few other club members who were going to travel with them for a part of the journey. They left bang on time and headed out towards Yaxley. At only 22 miles in however they had their first breakdown, with a puncture to Andy’s rear tyre. 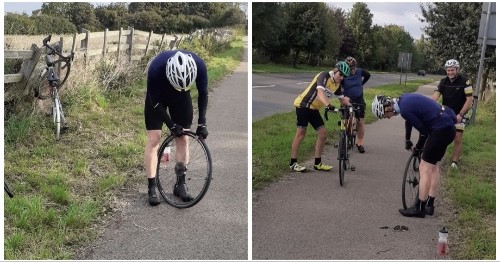 It wasn’t long though before they were back in the saddle, continuing on to Yaxley where they made their first pitstop, 2 hours in. After some refreshments they were on the road with a destination of Kings Lynn for lunch. They travelled through Wisbech around 11am and at the 50mile mark they said goodbye to the 2 remaining cyclists who had been with them since Corby. Paul and Ziggy made it to Marshland St James when they turned for home meaning they would have cycled 100 miles! Well done lads.  They arrived at Kings Lynn around 12:30 for lunch and to fuel up for the remaining miles. 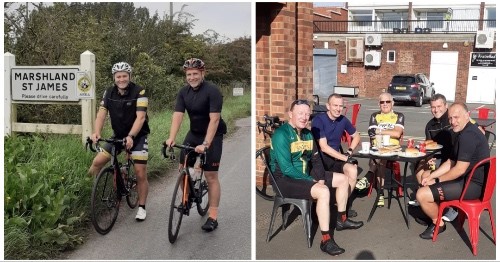 With 46 miles left and full tanks, they were feeling great and the weather was not only holding but the sun was out. They had their fingers crossed it would stay that way as they travelled to their next and final stop for refreshments. North Creake was the destination and they arrived there in good time too. 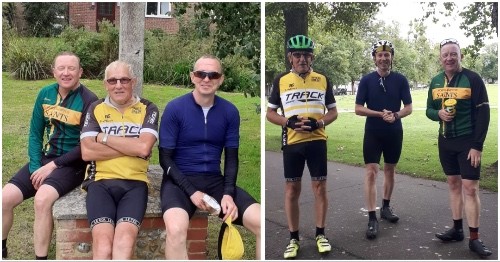 So that was it, 22miles between them and their destination of Cromer Pier. There was a small shower on their final stretch but that didn’t trouble them as they arrived at Cromer Pier just after 4pm. A fantastic time and with only 1 puncture an incredible ride in only 9 hours. All the lads were in great spirits and feeling good after the long ride. The celebrations were topped off with free ice creams from the pier! 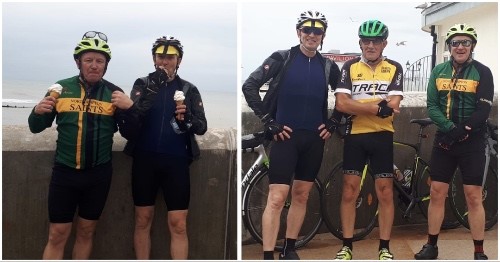 Well done to everyone involved including those that joined in for the first few miles and everyone in the support vehicle. But especially to Tom, Andy and Ken, Congratulations lads, hope you enjoy the rest of your evening and weekend at Cromer. Well apart from Ken Beattie who is making the return trip tomorrow! Good luck for that Ken.

As of writing the Just Giving total was at an incredible £2695. This will go towards the fund for the fitting of a lift and upstairs disabled toilet in the Clubhouse. If you would like to help top up this fund please visit the Just Giving page.